Now ‘The Prisoner’ is dead too

Now ‘The Prisoner’ is dead too 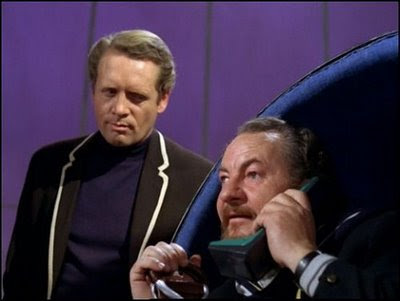 Another of my cult heroes, Patrick McGoohan, the developer of “The Prisoner,” has died. He was 80.

“The Prisoner” was one of the best shows to ever make it into television production. Here are my earlier reflections.

Here’s how the NY Times obit puts it:

But it was as the lead character in “The Prisoner,” identified only as No. 6, that he struck a remarkable chord with audiences, one that has continued to reverberate in re-runs, festivals, university courses, doctoral theses and a quarterly magazine — all on the strength of just 17 episodes. The show’s legions of interpreters have perceived elements of the cold war, mob mentality, mind control and more in the show.

Broadcast on CBS in 1968 and 1969, “The Prisoner” tells the story of an unnamed spy who resigns his position and is then gassed in his apartment as he packs his bags. He wakes up in the Village, a resortlike community that is actually a high-tech prison. In each episode, No. 6 struggles with the camp authority figure, No. 2, who pressures him to say why he resigned. No. 2 is played by a different actor each time.

At the beginning of each episode, No. 6 declares: “I am not a number. I am a free man.”

If you haven’t seen it, you should. Let me know if you want to borrow my VHS cassettes.