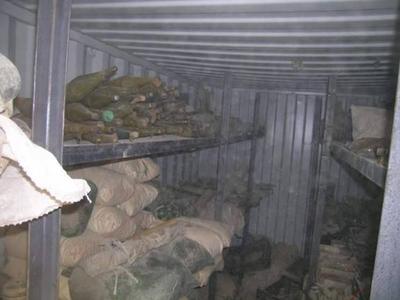 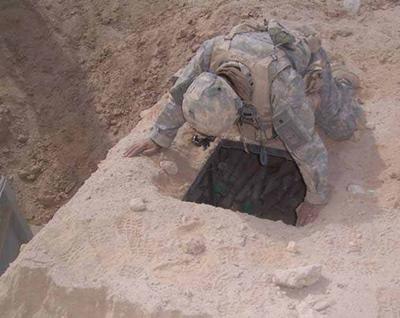 I get several emails a day from military sources in Iraq because of some previous freelance work. I usually read and delete them, but it occurred to me that many of these never get posted. They come straight from a military reporter with photo attachments and don’t reside officially on any Web site.

So, here’s the latest report, and a couple of photos:

The Soldiers from 4th Squadron, 14th Cavalry Regiment, assigned to Regimental Combat Team-2, were searching a car bomb factory that was destroyed by Coalition air strikes recently, when they noticed freshly moved dirt. A twenty-foot storage container was uncovered after several minutes of digging.

After the cache site was destroyed, more munitions were found buried nearby. Explosive ordnance specialists are supervising the removal and destruction of these munitions, which are typically used to make roadside bombs that injure and kill innocent Iraqi civilians and military personnel.

This latest cache is the 26th cache found in the last week by 2nd Marine Division forces conducting counter-insurgency operations in the Al Anbar Province.

So, depending on your point of view, you’ve just read some unfiltered Iraq news or some useless military propaganda. Take your pick.