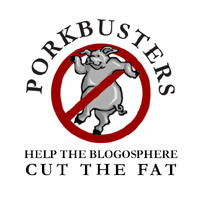 As promised, Candice from Senator Saxby Chambliss’ office called today. Unfortunately, she could offer me no specifics — neither on whether Chambliss would support my suggested cuts or on any of his own cuts that he could recommend.

She did say that Sen. Chambliss would also like to see cuts in federal spending. Candice ended the conversation by promising me that Tyler — another aide, this one specializing in transportation issues — would call me soon.

I’ve gotten the distinct impression from both Candice and from Tom Price’s chief of staff that these aides don’t appreciate my intrusions. They can’t seem to understand why I’m bothering them or why I expect more of a response than a form letter assuring me that they share my concerns about the budget.

These guys have a tough job, and I understand that they can’t just drop everything to answer my questions. But, I started this query a week ago now. (I sent my emails on Monday of last week and spoke to staffers in each office the following day.) I’m asking two very simple, direct questions. Do you support my cuts and can you identify cuts that you do support?

This is a representative democracy, and I voted for all three of these guys. This shouldn’t be that hard, should it?

By the way, I should offer specific kudos to Johnny Isakson and his staffers. One of his aides called me on Friday and talked to me at length about these issues. Isakson’s got my vote locked up for 2010!